Soccer improvements for the modern age

Summary: Soccer is finally rolling out technology for use in assisting referees in games. The two technologies: Goal-line technology (GLT), and Video Assistant Referee (VAR), will go a long way towards improving the referee’s decisions.

Soccer is the most popular sport in the world, and there is an enormous amount of responsibility on the shoulders of those who referee the game. Unlike other sports, soccer, in particular, has been slow to adopt new technology in the game.

It was the former head of FIFA, Sepp Blatter, who famously said: “In my opinion, as long as I am in charge, I will make sure no technical help will be introduced.” Although he did change his mind, two technologies that he greenlit will soon see mass adoption: GLT and VAR

GLT, short for Goal Line Technology, uses electromagnetic antennas and as many as eight height speed cameras to determine if a ball crosses the line in its entirety. The cameras, capturing video at 550 frames per second, send the images to a computer which then send the determination and evidence to a watch worn by the referee.

VAR is the name for the Video Assistant Referee. If there is a pay on the feel that requires examination, the referees can review the video replay to help them make a decision. Unfortunately, there are limits to what the referee can review:

It is about time soccer encouraged the widespread adoption of technology, especially those that would ensure that referees arrive at the right decision.

The history and technology behind the soccer ball 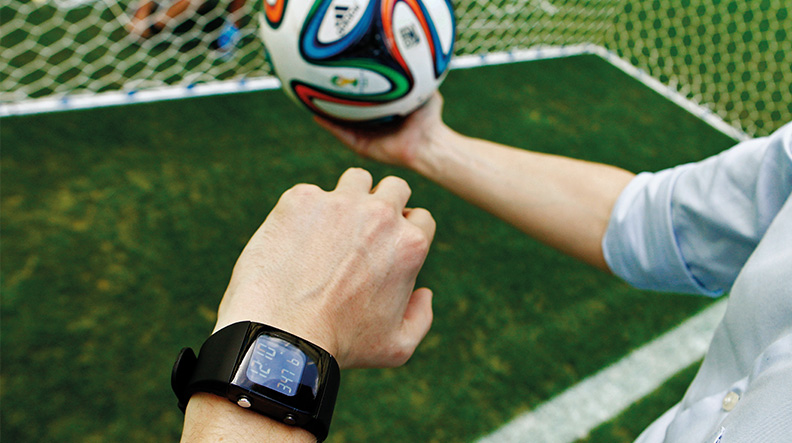 A soccer ball is a sphere of leather or similar material filled with air based on the specifications given by FIFA. Here are the basic requirements for an official soccer ball:

The ball must have a circumference of 68-70 cm. The ball must have a dry-weight between 410-450 grams since older balls with weather exposure tend to be slightly heavier. It must be inflated to a pressure of 8-12 psi and made of leather or another suitable material. There are different sizes os soccer ball, with the size 5 being the official standard. Other sizes are for different sports like futsal and handball.

The ball has a very big influence on a game. FIFA specifies everything about a ball except for its aerodynamics. FIFA does not say anything about a ball should travel in the air and how far it should go. The belief is that a different characteristic of a ball will apply to both teams and should not favor one over the other. Different shapes affect how the ball moves, with the latest 14-panel designs favoring outfield players. Some players master the art of kicking the ball with minimal spin, letting the panels on ball affect the air-flow in unpredictable ways, making it impossible for keepers to predict flight.

Most research and development goes into how the shape and materials of the ball. However, the latest design of the Adidas ball includes the latest Goal Line Technology. Built with robust materials and a special magnetic field, you can track the ball and tell exactly when the entire ball crosses the line, making the life of the referee much easier.

Article by Spike Soccer Store. Get everything you need for a soccer match including soccer balls from the largest online store for soccer gear.

Tip of the Day